There is right facial cutaneous thickening (white arrow) with subcutaneous stranding and thickening of the platysma muscle (red arrow) which are suggestive of underlying cellulitis. The source of the infection is not clear. There is clearly lymphadenopathy in the right neck. While in the setting of cellulitis having reactive lymphadenopathy is quite common, close inspection reveal a punctate peripheral calcification associated with one of the nodes. Such calcifications should raise the suspicion for metastatic papillary thyroid cancer. 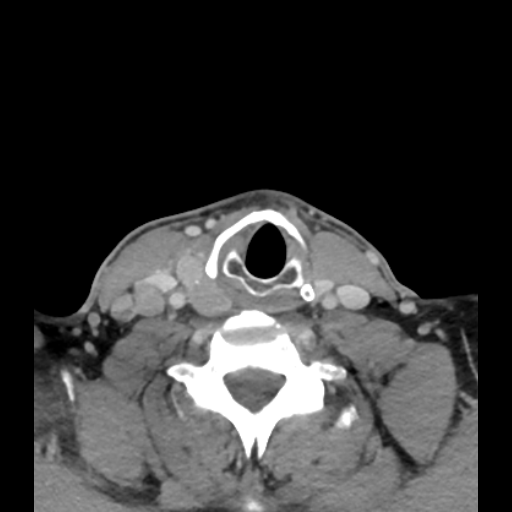 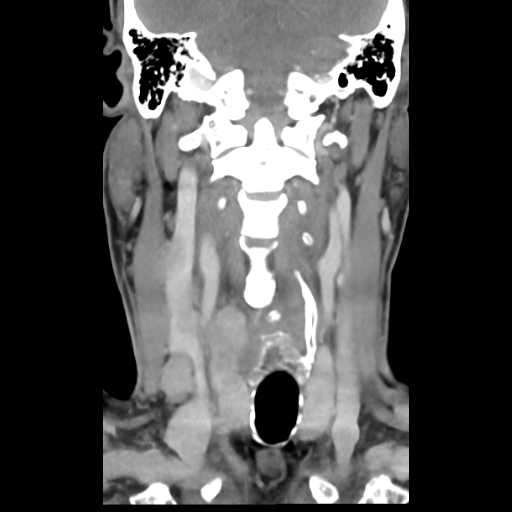 The coronal image shows the elongated appearance of the right upper pole of the thyroid and the axial image shows a punctate calcification within this elongated region. By imaging, this is extremely suspicious for underlying papillary thyroid cancer and metastatic lymphadenopathy, which were pathologically confirmed. 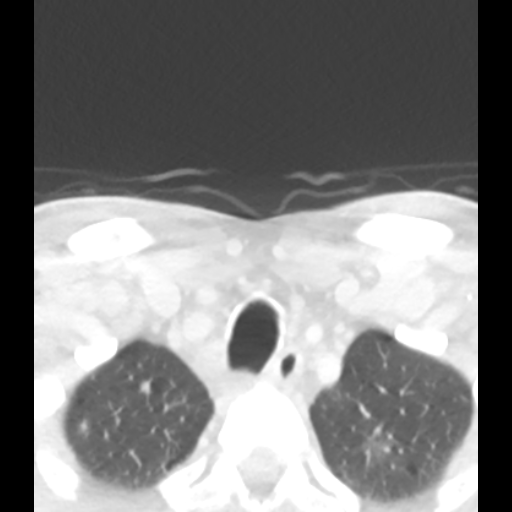 But there’s more to this case! Inspection of the lungs reveals pulmonary nodules, both solid (for instance in the right upper lobe in the above image) and subsolid/groundglass (as seen in the left upper lobe in the above image). While the solid nodules would be suspicious for metastatic disease, the ground glass nodule is atypical. These were biopsied and proven to be pulmonary adenocarcinoma.