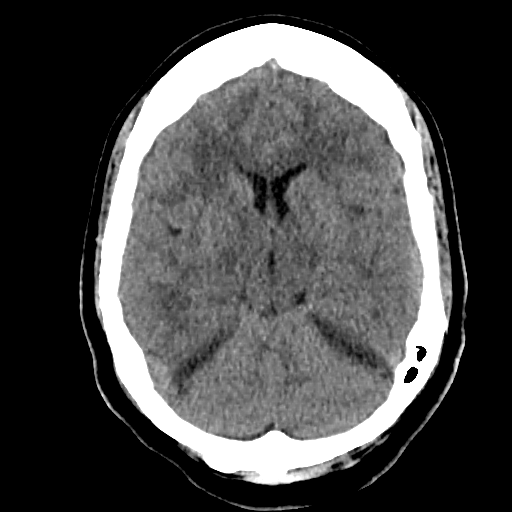 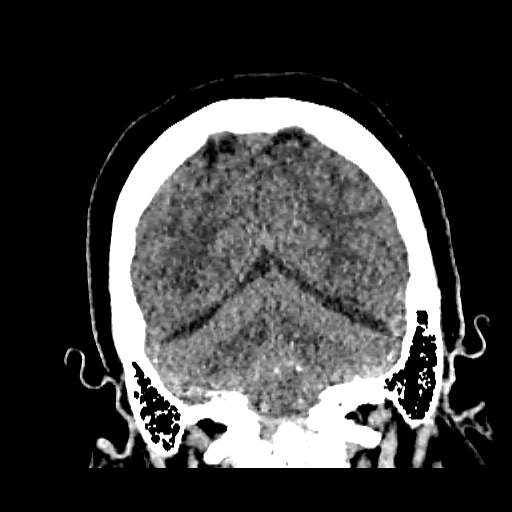 There are bilateral low attenuation upper cerebellar convexity subdural collections. The attenuation is slightly greater than CSF so most likely they would be chronic subdural hematomas and less likely subdural hygromas. 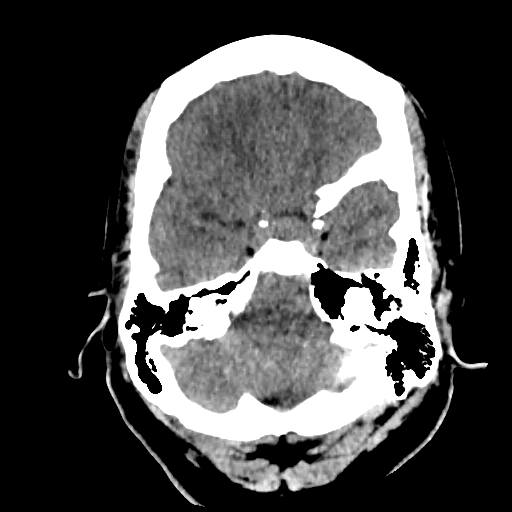 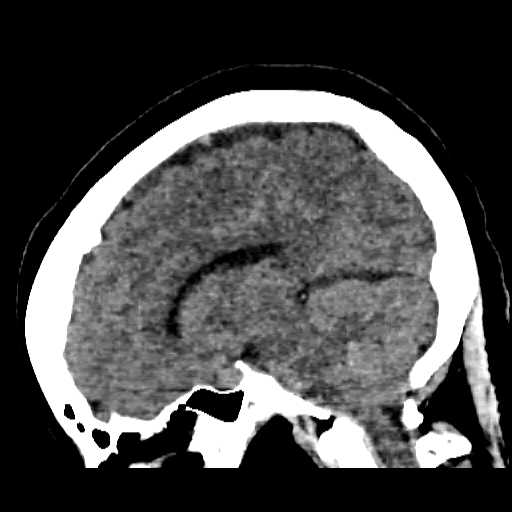 On the axial images, near complete effacement of the prepontine cistern (shown in image A as the pons flush against the clivus) can be observed. The collections above are too small to be causing this much mass effect. Looking at sagital reformations, we can see prominent appearance of the pituitary gland, a “sagging” appearance to the brain which abuts the pituitary, as well as sagging brainstem and mild cerebellar tonsillar ectopia. These findings, in addition to the bilateral subdural collections, are quite characteristic of intracranial hypotension. 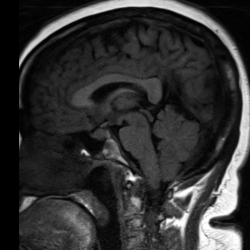