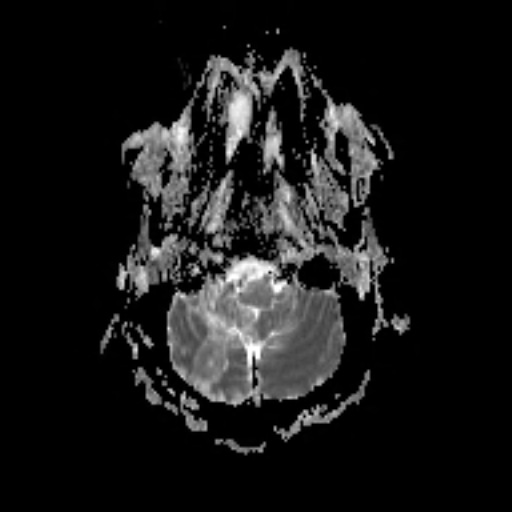 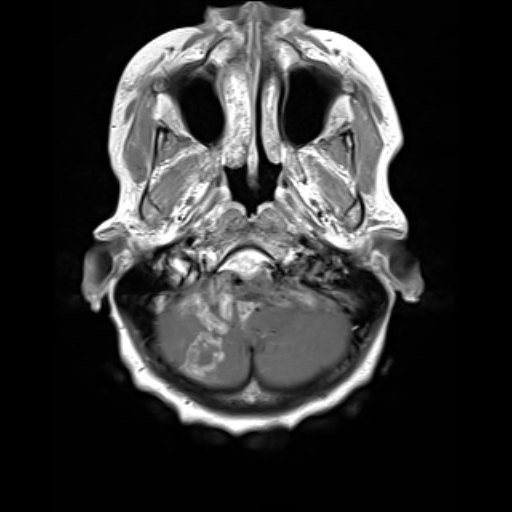 The infarct is subacute in its timecourse: It has already pseudo-normalized on ADC, has small areas of pre-contrast T1 hyperintensity, and enhances, all features characteristic of a subacute infarct. 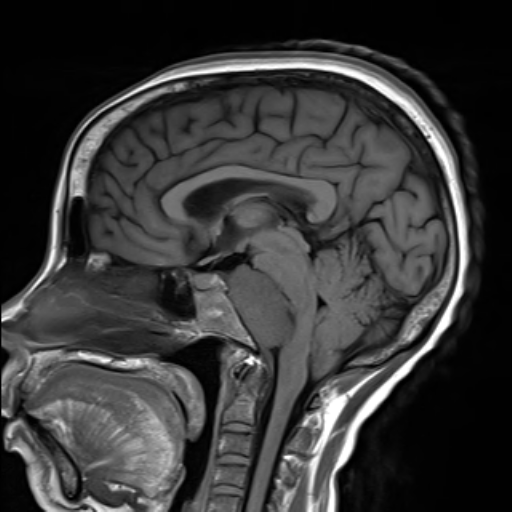 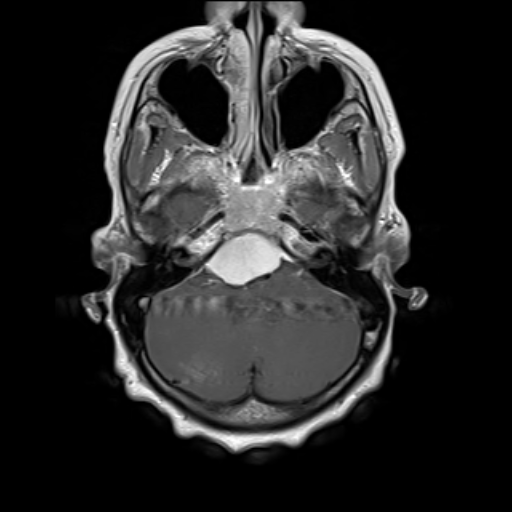 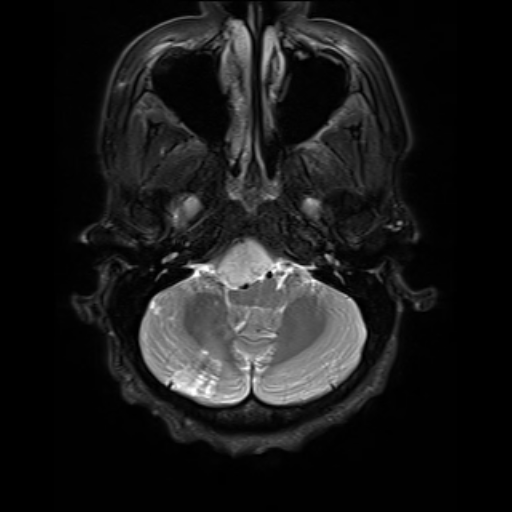 The retroclival extra-axial mass with homogenous enhancement is much better seen than on non-con CT! A dural tail can be seen on the sagital image extending inferiorly and on the axial image extending to the left and towards the left internal auditory canal and the mass was proven to be a meningioma. On the T2 weighted images, the mass is seen to compress the right vertebral artery against the medulla. It likely occluded or critically narrowed the right PICA resulting in the infarct.